Physical items for this project can be seen on: https://www.instagram.com/bogus.art/
or directly on 2nd NSK Folk Art Biennale https: //www.facebook.com/NSKFAB2/?fref=ts

“Money flows through the Nation in its vital circulatory system. Though transfusions sometimes occur, a healthy body does not require them. Each citizen carries it like oxygen, semi-aware cell consuming and providing service.

This project allows for an individual to reawaken to the perspective of the greater body of NSK which connects not only individual cells, but allows interactions on macro-scale of nation states.

Today, physical is slowly being replaced by digital. Hand written letters became emails, that in turn, are being dwarfed into sms format. Money, which used to be secured in gold, became paper and now morph into vague numbers on the screen, a mere speculation. We lose contact with physical labour (of love) as well as with concrete materiality. Like a solid building held together by concrete material and a skill of a mason, we need reassuring presence of the object and the craftsmanship, that is: paper stained with ink or wooden box inscribed with fire. If the frame of a painting functions as an extension of the canvass, the inscriptions on a box could serve as extensions of meaning and purpose of the object contained by it.

The stamp leaves a mark, but what comes across is not a signature of an individual hand which holds it, but a depersonalised message in a symbolical form.

Taking different approach to the NSK state reserve, the note serves as a messenger. Here it is a bottled letter floating in the vast ocean of Capital. Perhaps it will reach fellow citizens, reminding them of their allegiance, or it will find a new fertile ground elsewhere. Money is ever-present and so can be the message that it bears. For each new member is a new beginning, a fresh blood that allows the idea to flow from the past, through the present, towards ultimate victory.” 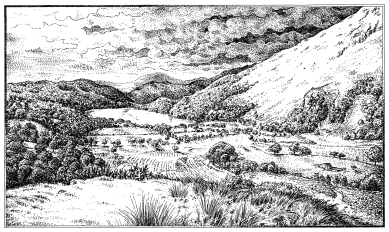 ink on paper, circa A3

progress of the cover illustration to Odes by Richard Levy

link to the site 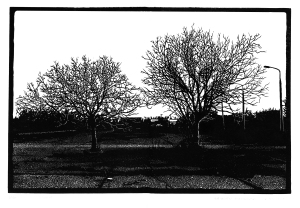 in memory of past times and places 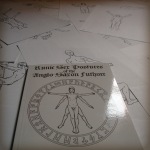 ink drawing for a book cover (inspired by medieval graphics)